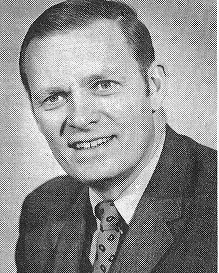 Biography: Jack Burmaster was an All-State player at Elgin HS in 1944.  He led his team to the state tournament and played in the North-South All Star game.  After high school Jack went on to be an MVP and captain of the team for the University of Illinois.  While there he won the Ralf Woods free throw trophy twice.  Jack played three seasons in the NBL before starting a coaching career at Louisville, KY Manual HS where his team was a state runner-up.  As of 1973, Jack had been the head coach at Evanston HS winning 348 games and coaching four state tournament teams including one state championship.  For many years Jack was an excellent commentator for the IHSA state tournament broadcasts.  Jack passed away on September 27, 2005.