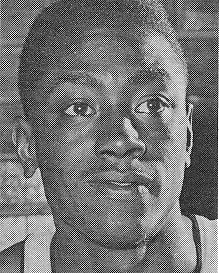 Biography: Carl Cain was an outstanding all state player from the Freeport HS team that won the state championship in 1951, his junior year.  As a senior, he led the team back to the state finals averaging over 20 ppg.  Carl then attended the University of Iowa where he was the leading scorer of the great Hawkeye teams that were Big Ten champions in the mid 1950’s.  Carl was an All-American player in 1956 as he played under the late Bucky O’Connor. Carl’s number 21 has been retired by the Hawkeyes. Carl was a member of the US Olympic Team in 1956 as he helped win the gold medal in Melbourne.  After basketball, Carl worked in Des Moines as a marketing representative and is now retired.