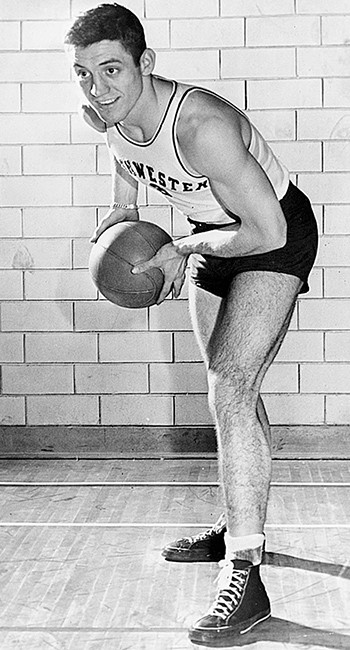 Biography: Max Morris played for Frankfort Community High School in West Frankfort where the gymnasium bears his name.  He then briefly attended the University of Illinois before transferring to Northwestern where he was an All Big Ten player and the conference’s leading scorer for his final two years.  In the 1945-46 school year, Max was an All-American in both football and basketball.  Max was twice an All-American basketball player and is a member of the Wildcats Hall of Fame.  He played pro ball with the Chicago American Gears of the NBL and Sheboygan Redskins of the NBA.  He also played professional football with the Chicago Rockets and Brooklyn Dodgers.  Max Morris passed away on January 8, 1998.