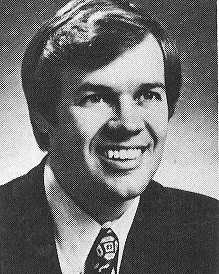 Biography: Rich Falk was the leading high school scorer in Illinois as a senior at Galva High School where he averaged 29.9 ppg (a total of 833 points).  Falk was an all Little Six Conference choice as both a junior and a senior.  He led the conference in scoring for both years.  On five different occasions, he scored more than 50 points with 57 as his high.  For his career he scored more than 1,800 points.  After high school, Falk traveled to Northwestern University where he was the team MVP as both a junior and as a senior.  His 49 points against Iowa in 1964 stood for many years as the team’s record.  For his three-year career, he scored 1,001 points.  In 1964, Rich was an All-Big Ten and All-American Academic selection. As a Wildcat, Rich was a teammate of fellow Hall of Famer, Rick Lopossa (1979 inductee).  Later, he returned to the Wildcats as their coach for many years.  Rich also served the Big Ten Conference as the Associate Commissioner for many years.