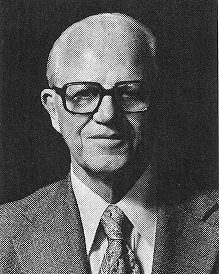 Biography: Frank Froschauer was one of the greatest athletes ever produced by Lincoln High School.  As an all-state player in both his junior and senior years, he helped Lincoln to the state tournament during the junior season.  Afterward Frank played at the University of Illinois where he was a three-year regular and turned in scoring totals of 140, 170, and 147 for the three seasons (good averages for that era).  Frank was selected as an All-Big Ten plyer his final two years.  He led the conference in scoring as a senior.  After his playing days, Frank was a coach at (Harvey) Thornton for 25 years and was 12 years as the athletic director at (Dolton) Thornridge HS.  Frank Froschauer passed away on April 28, 1985 at the age of 72.