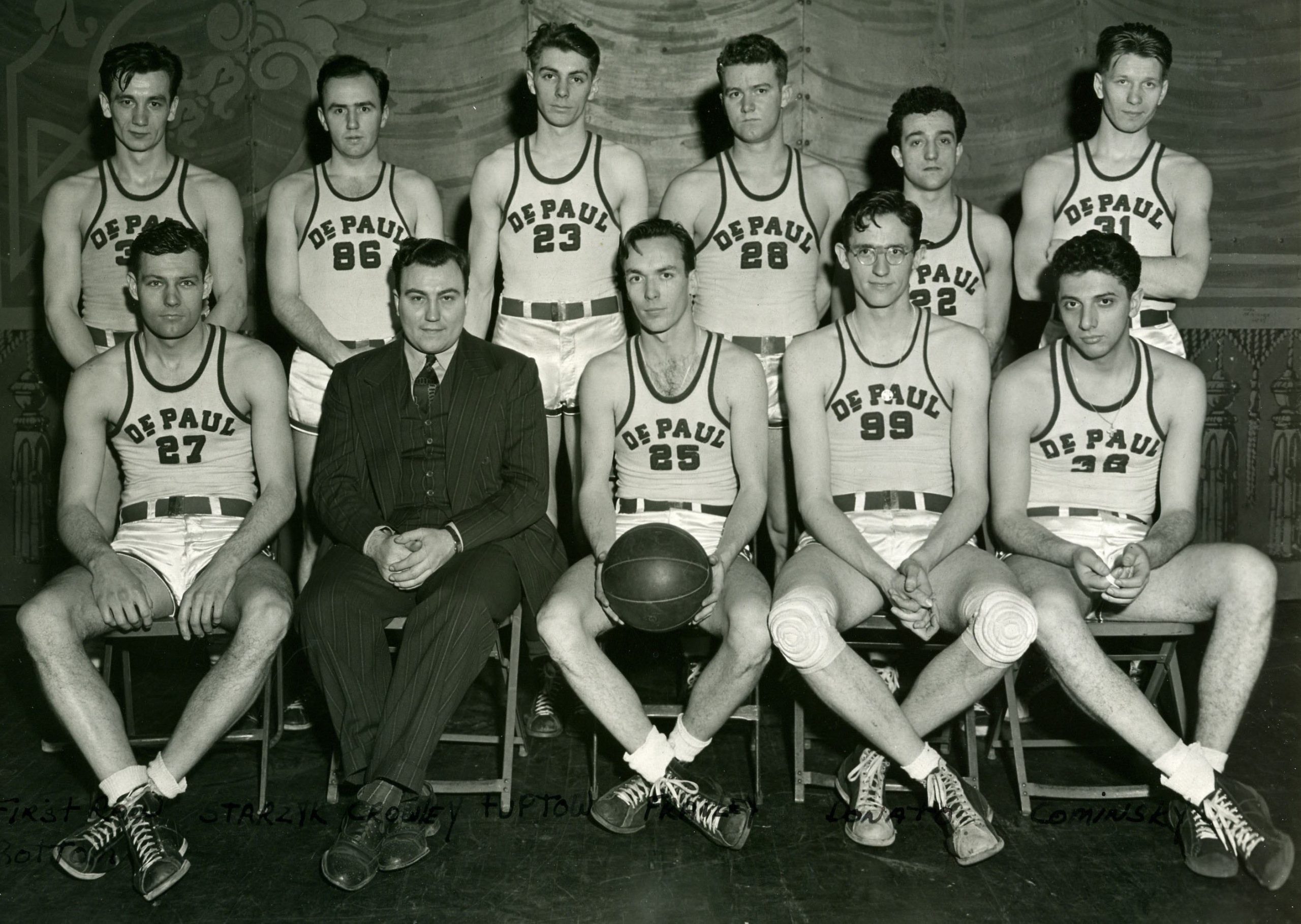 Biography: A sign of things to come for DePaul University basketball saw the Blue Demons reach the 1943 Final Four under 1st year coach Ray Meyer.  Coach Meyer, along with a freshman named George Mikan, the squad went 19-5.  In leading the Blue Demons to Madison Square Garden, Meyer became the first coach to reach the NCAA Final Four in his first season as a head coach.  He had been hired by DePaul just prior to the start of the 1942-43 campaign and was introduced to a 6’10” freshman from Joliet.  That freshman went on to change the game of basketball as he was a dominate force during his DePaul career.  Few teams could match up with Mikan as the team won 13 of its first 14 games.  (Note that there was no goal tending rule in the game at that time).  following the 13-1 start, the Blue Demons lost three of four games before finishing the season with four straight wins and a berth in the 8-team NCAA Tournament held in New York City.  DePaul won their first contest 46-35 over Dartmouth.  Notably, Dartmouth missed its first 34 shots.  DePaul started quickly agains Georgetown in the national semi-finals but the Hoyas overcame the Blue Demons 53-49.