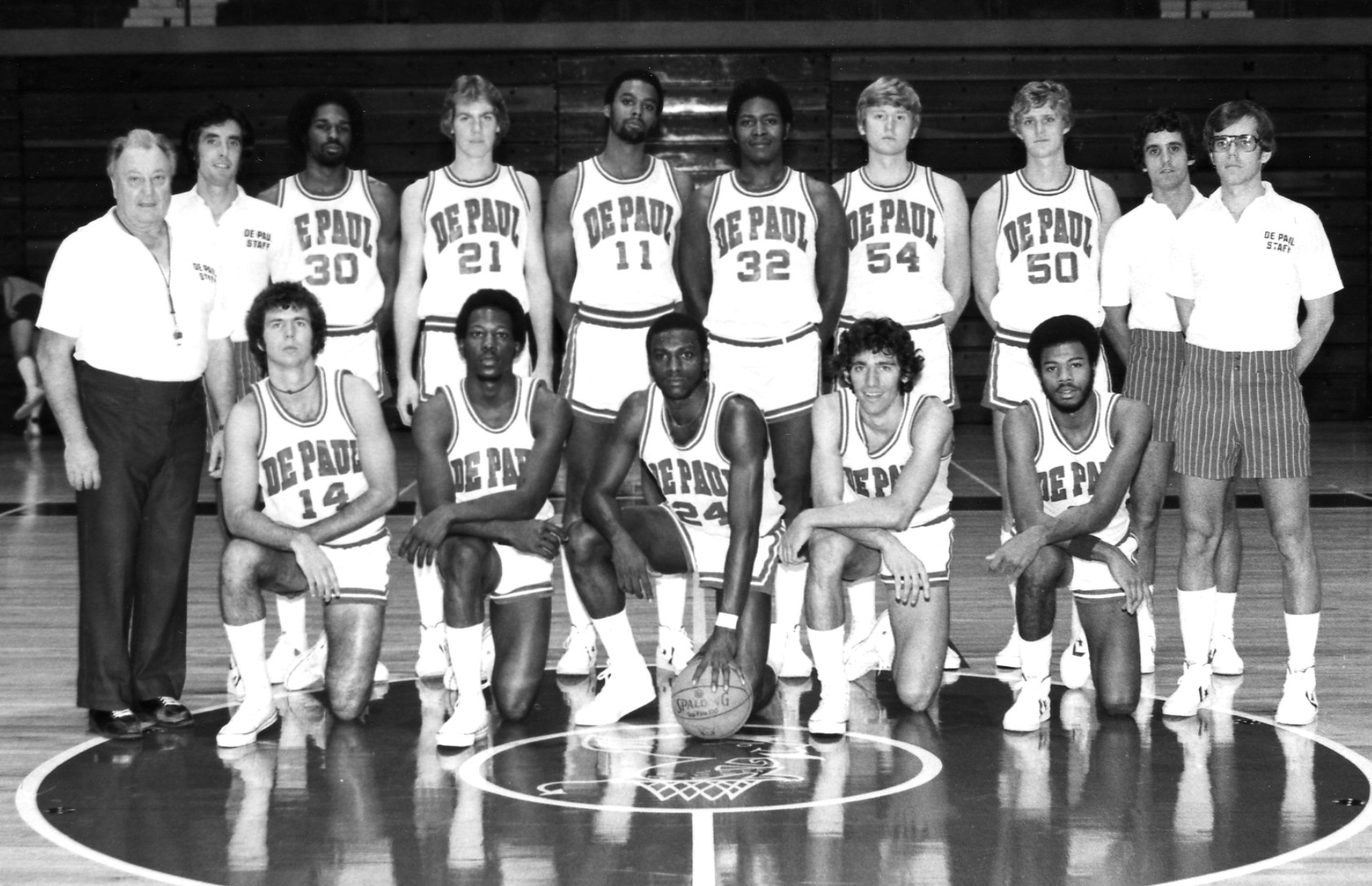 Biography: Perhaps no DePaul team has captured the imagination of Blue Demon faithful and the nation as the 1978-79 edition.  Powered by the “Iron Five” which featured a young team led by a flashy freshman, the 1979 squad put on a late season run that ignited the nation’s interest in the “little school by the L.”  Coming off a trip to the NCAA Elite Eight the previous season, DePaul fans were anxious to see if a promising freshman from Chicago could fill the void left by a veteran trio from the previous season. It took Mark Aguirre all of one trip down the court to announce his presence with authority. Playing at UCLA’s Pauley Pavilion, the 6-6 forward took a pass off the opening tip; he dribbled, cupped the ball in his hand and dunked over All-American David Greenwood. He would finish the game with 29 points.  Coach Ray Meyer, in his 39th season at DePaul, steered the sixth-ranked Blue Demons, who boasted only one bench player to see action in over half of the games, to a 22-9 regular season and a No. 2 seed in the West Regional of the NCAA Tournament. With the second seed, the Blue Demons earned a first-round bye before facing USC in Los Angeles in the second round.  Curtis Watkins scored 27 points against the Trojans to power the Blue Demons to an 89-78 win.  In a regional semifinal date with Marquette, Aguirre and Watkins each scored 19 points for a 62-56 victory, setting up one of the most famous games in DePaul annals.  With a trip to the Final Four on the line, DePaul and UCLA met in Provo, Utah. The Blue Demons raced to a 51-34 halftime lead and then braced for UCLA’s second-half onslaught which had the Bruins pull within 93-91 in the late stages of the contest before Gary Garland’s lay-up sealed a 95-91 win and sent the Blue Demons to the Final Four.  The national semifinal pitted the Blue Demon’s five against Indiana State and Larry Bird. Watkins played all 40 minutes with a bad knee injured late in the UCLA game, but Bird proved to be too much as DePaul went toe-to-toe with the Sycamores before succumbing 76-74. DePaul beat Pennsylvania 96-93 in the consolation game behind Aguirre’s 34 points.