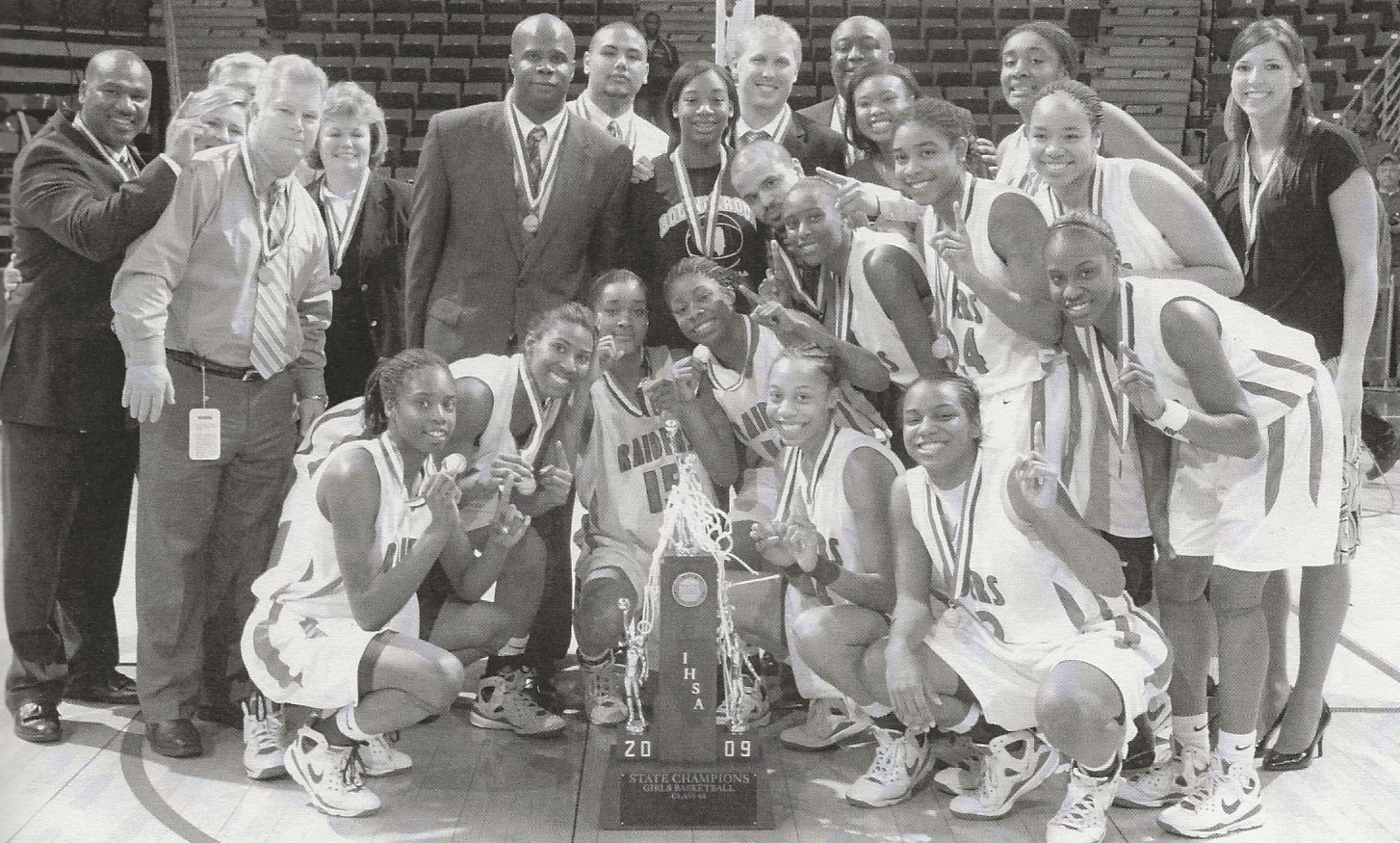 Biography: Coach Anthony Smith and the Bolingbrook Lady Raiders had not won a state title since 2006.  However, that changed with this 2009 Lady Raider team who brought the championship back to the city of Bolingbrook.  This 2009 team was a young group and after finishing as the runner-up in the 2008 state tournament, the young ladies entered this season determined to put in the work to bring the championship back to their town for the 2nd time in school history.  Led by captains Candace Nevels and Satavia Taylor along with Morgan Tuck, Ms. Illinois Basketball in 2009, this team showed great resolve and beat (Chicago) Whitney Young High School 53-29 to win the IHSA Cl;ass 4A State Championship and finish the season with a 25-4 record.  Congratulations to all the young ladies and coaches for the 2009 Lady Raiders team for their tremendous dedication to the program–2009 IHSA 4A State Champions!!