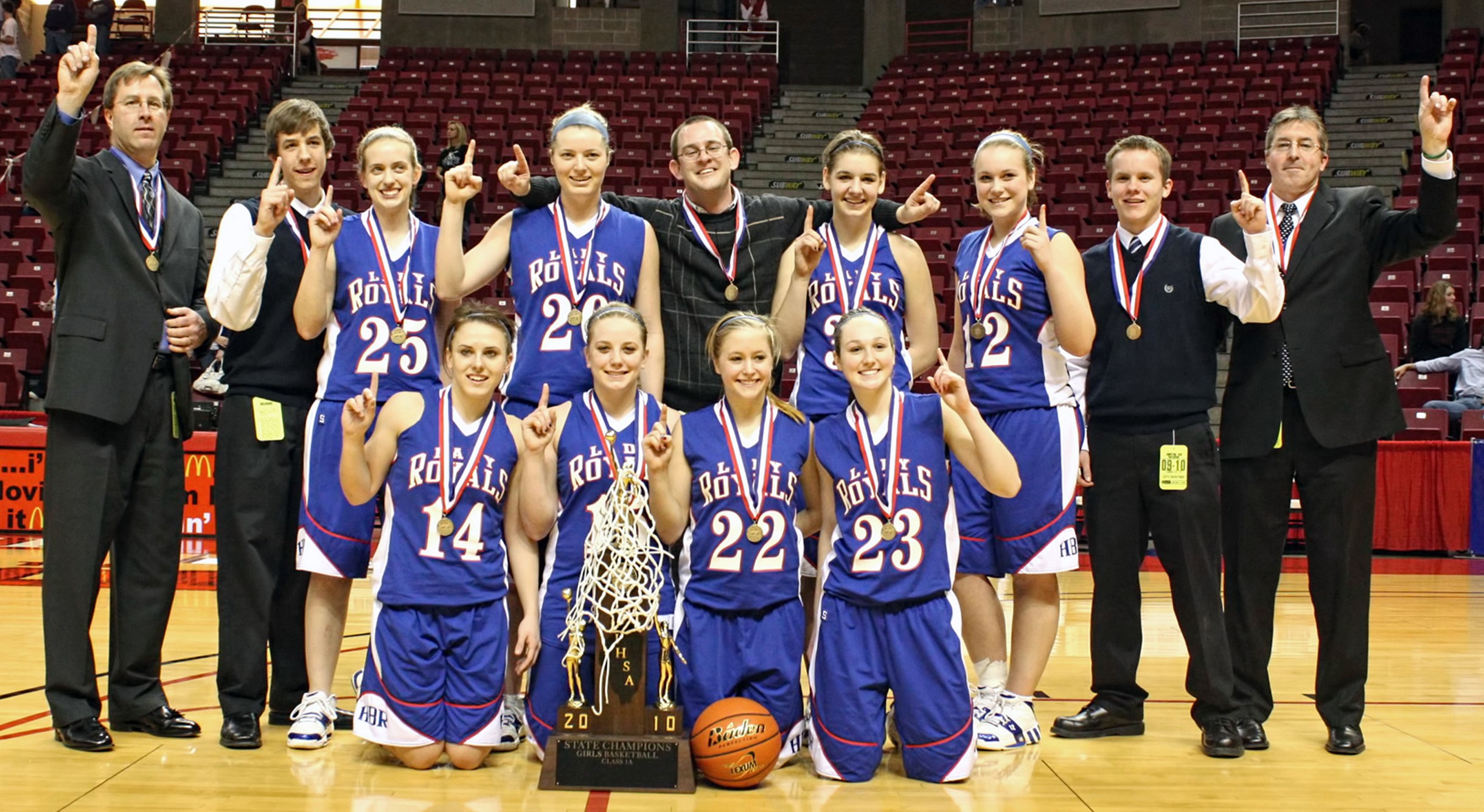 Biography: With a varsity roster of only 8 players (all of whom played for the 2008-09 IHSA Class 1A State Champions),  the 2009-2010 Hinckley-Big Rock Lady Royals entered the seasobn as the favorite to winb another state title.

The team had a strong regular season, winning both the Little Ten Conference regular season title and the tournament championship.  H-BR rolled through the opening rounds of the IHSA playoffs, winning the Indian Creek Class 1A Regional and Mooseheart Class 1A Sectional Championships.

The Lady Royals won the Judson University Class 1A Super-sectional game with a 57-31 win over stockton in a game that saw the H-BR squad outscore their opponent 22-0 in the 3rd quarter.  The Lady Royals became the first team to repeat as state champions in the 4-Class system with a 49-46 overtime win over Ridgewood Co-op in the state semi-final, followed by a 38-32 victory over (Jacksonville) Routt Catholic High School in the state title game.

The team finished the season with a 33-2 overall record and outscored its opponents by more than 13 points in all but 4 games.