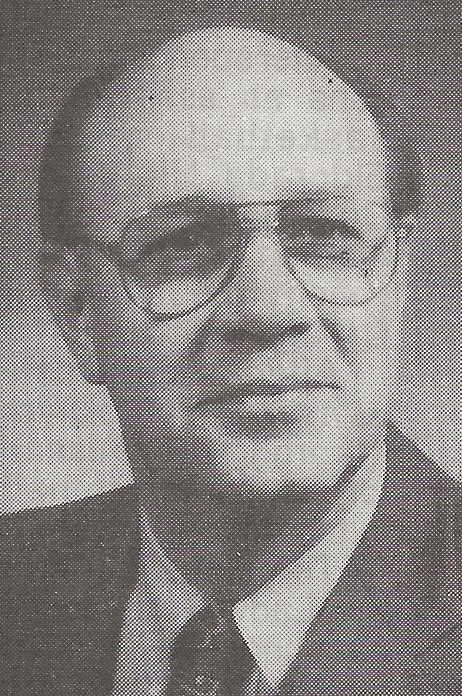 Biography: Dave Luechtefeld never left home to become one of the most respected high school coaches in Illinois basketball history.  Luechtefeld, a native of Okawville, had coached there for 33 seasons at the time of his induction and compiled an impressive 642-290 record directing the Rockets.  Luechtefeld, who played college basketball at St. Louis University, has brought to Okawville eight IHSA Regional championships, six IHSA Sectional championships, an IHSA third place in the 1980 Class A state Tournament and a second place in Champaign in 1987 as well as an Elight Eight visit in 1970.  Luechtefeld is high on the list of coaches in the state for most wins at one school.  He served as the winning coach of the West squad in a 125-115 victory in the 1995 McDonald’s All American High School Basketball Classic.  He was the winning coach of Class A South in the 1976 IBCA All-Star game.  Luechtefeld has coached 10 all-state basketball players including sons, Keith (Illinois Wesleyan), Jeff (St. Louis University), and Ryan (St. Louis University).  Luechtefeld undoubtedly, had a part in his daughter Donna (St. Louis University) earning all-state recognition also.  Luechtefeld , who was inducted into the IBCA Hall of Fame as a player in 1985, feels being selected to coach in the McDonald’s as a career highlight.  But Luechtefeld says, “I’ve never regretted staying in Okawville.  I’ve never experienced any “I wish I would have” thoughts.