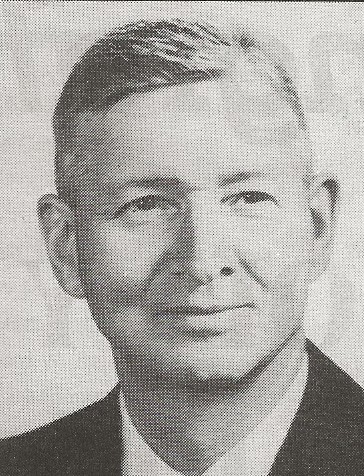 Biography: Wright Ford (known as WF) Massey died on May 20, 1964; he will always be remembered in state coaching circles for the great records produced at Fulton and Savanna High Schools.  He began his 25 year coaching career at New Lisbon, WI.  Overall, his record was 361-214.  In the one-class system, his Fulton teams won IHSA Regionals in 1936, 1937, and 1938.  His Savanna teams won a regional in 1942-43.  In 1936, his Fulton squad won the IHSA Sectional.  The Steamers defeated Rockford HS, Freeport HS, and  Princeton HS to earn a berth to Champaign.  In the Sweet Sixteen, Fulton defeated Ernie Eveland’s Paris HS team, 25-19 before losing to Dolph Stanley’s 3rd place Mt. Pulaski squad.  No team from Massey’s area ever advanced further in state play in the one-class system.  His other regional champions lost to much larger schools such as Rock Island HS and Moline HS in the sectionals.  After his death, Savanna named its football field for him as he served as the athletic director there for many years.  His two sons followed him into coaching:  Mark at Clinton HS and Evan at Galesburg HS.  Evan joined his dad in the Hall of Fame in 2000.