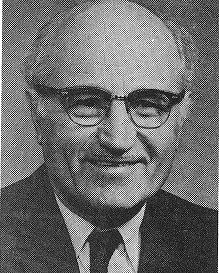 Biography: ohn Hugo Romans was a distinguished coach who started his career in Benid and then established Galva as a state power in the 1930’s.  The last 20 years of his career were devoted to coaching junior high players in the Rock Island system.  Mr. Romans coupled his coaching career with an outstanding reputation as a basketball referee for many years.  John H. Romans passed away on December 18, 1995 at the age of 94.