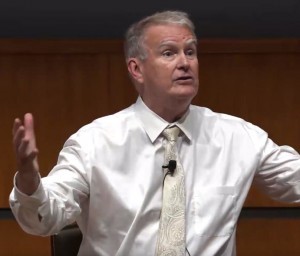 Biography: Pat Sullivan spent 7 years as varsity basketball coach at Providence Catholic High School in New Lenox before joining the college ranks at the College of St. Francis in Joliet.   At St. Francis, Pat spent 34 seasons where  his Saints’ teams won 507 games.  His teams won a total of 602 games during his career.  Pat has twice taken St. Francis to runner-up finishes in the National Catholic Basketball Tournament. In one 18 year stretch, the Saints finished either first or second in the Chicagoland Collegiate Athletic Conference 15 times.  Pat served two years as commissioner of the Chicagoland Collegiate Athletic Conference, and served the college as it’s athletic director. Sullivan has been named coach of the year a total of 11 times in his conference, state and nation. He is a member of 8 halls of fame.   Coach Sullivan is especially proud of the graduation rate of his St. Francis players.  172 of 176 completed graduation requirements and earned their degrees.  Sullivan remembers St. Francis as a 3-sport school with 45 athletes when he came aboard in 1965.  Today, there are 325 athletes competing in 14 sports–men and women.  For his many accomplishments and dedication to the Joliet school, the College of St. Francis named their athletic complex for Pat.  Pat is a coveted speaker and clinician, having worked with USA Coaches Clinics throughout our nation.  He has spoken to clinics in Greece, Austria, Belgium, and Ireland.  Pat serves the IBCA as a board member and is a key member of the Basketball Museum of Illinois board.