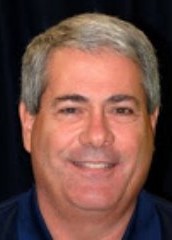 Biography:  Jim Tracy began his career coaching the lower levels at (Chicago)  DeLaSalle Institute in 1978, where his teams were 70-22 over five seasons. with 2 sophomore championships.  He was the varsity coach at DeLaSalle for 7 seasons.  In that time, the Meteors were 135-52 with 1 Cathloic League title, 5 IHSA Regional Championships, and 10 holiday tournament titles.  In 1990, Tracy moved to Central High School in Springfield, Missouri.  Taking over a program that had won two games the previous season, the Bulldogs improved to 8 wins in Jim’s first year and 15 wins in his second season.  In 1992, Jim returned to the Chicago area, becoming the head coach at (Burbank) Reavis High School.  In his first season there, the Rams finished with 19 wins, setting a record for the most wins in school history.  The next season the Rams finished at 21-6 again breaking the record for most wins and best record ever for Reavis basketball.  Over the course of 12 seasons, the Rams won 20 games 6 times.  During the 2003-04 season the squad finished a record-breaking season with a mark of 23-2, winning the SICA North Championship with an undefeated 10-0 mark.  In Tracy’s 15 years at Reavis, the Rams were 269-130, with 3 SICA North Conference Championships, 7 SICA North/SSC Conference runners-up and 13 holiday tournament titles.  His overall record makes Jim the winningest coach in Reavis High School history.  Jim has received numerous coaching honors, including Chicago Catholic League, IBCA District 2 and 7, SICA North, and Southtown Economist Coach of the Year Awards.  Jim’s career mark overall is 427-210.